The Ice and Fire Project 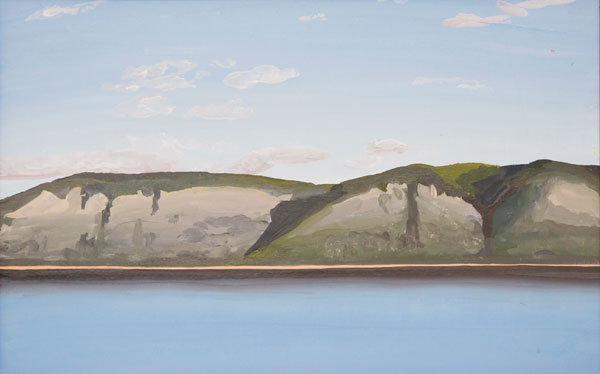 Russia is cold, Australia is hot, but these far-flung countries share a surprising number of common features. Both have concentrations of population in the comfortable places and vast remote regions known only to the hardy few. Both Siberia and Australia have convict histories. Both countries build their economies on mining and the export of natural resources, leading to environmental issues in society. And they have Indigenous communities with age-old culture and wisdom, who might benefit from meeting each other.

This is why we came up with the idea of an Indigenous art exhibition, which initially linked icy Yakutia and the red-hot desert of Central Australia. But we don't want to stop there. We are keen to bring Canada and the USA on board, for we are sure there are important connections with Indigenous people in those countries as well.

The first contributors to Ice and Fire are Feodosia Ivanova from Yakutia and Mervyn Rubuntja and Kevin Wirri from Alice Springs. Mervyn and Kevin paint in the style of the great Aboriginal watercolourist Albert Namatjira while Feodosia has been influenced by the famous Russian artist, mystic and explorer, Nikolai Roerich.

If we reach the stage of an actual exhibition, we plan to invite Australian violinist Dian Booth, famous for creating spontaneous compositions in response to pictures, to the opening of the show. Russian pianist Vitaly Matveev may also perform Mussorgsky's Pictures at an Exhibition. We are open to offers from Indigenous musicians.

The art exchange could be featured in a planned British-Australian documentary film on the hottest and coldest parts of the planet.

The Ice and Fire art project is managed by Helen Womack, a British-born foreign correspondent and specialist on Russia, who also has strong links to Outback Australia. 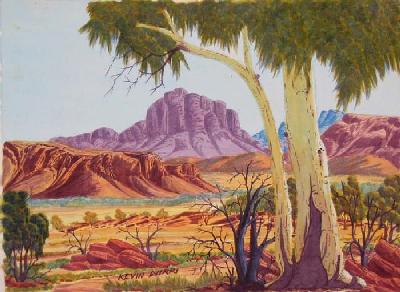